All in-person library events are canceled through the end of Jan due to the rapid spread of the Omicron variant in our region. Visit NPL Universe to enjoy NPL events online, any time. 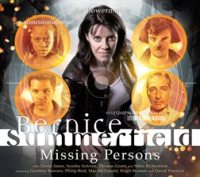