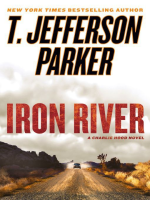 Description
For fans of Michael Connelly and CJ Box, the third thrilling novel in the Charlie Hood series from New York Times bestseller and Edgar-award winner T. Jefferson Parker, author of The Room of White Fire.Along the U.S./Mexico border, a man named Finnegan wakes up in the border-town of Buenavista after a hit and run-eerily aware of events he should know nothing about, $90,000 richer, and with Charlie Hood's name and address in his wallet. Meanwhile when tracking the flow of illegal guns into Mexico, Hood's team accidentally kills the son of Benjamin Armenta, head of the Gulf Cartel and one of the most violent men in the world. Now, Hood must work to grasp the enigmatic forces fighting for control of Buenavista- forces that circle back to Finnegan, and to Armenta's unstoppable plan for brutal vengeance.From the Trade Paperback edition.
Also in This Series