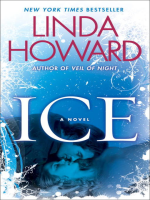 Description
On holiday leave from the service, Gabriel McQueen is sent into a brewing ice storm to make sure that his father's distant neighbor, Lolly Helton, who has fallen out of contact, is safe and sound. It's a trip that Gabriel would rather not make, given the bitter winter weather—and the icy conditions that have always existed between him and Lolly. Arriving at Lolly's home, Gabriel spots strangers through the windows—one of them packing a weapon—and kicks into combat mode. But once Lolly is rescued, the heat—and the hunt—are on. Snowbound, unarmed, and literally under the gun, Gabriel and Lolly must depend on each other to endure the merciless forces of nature and evade the ruthless enemy out in the blackness of the silent night—and out for their blood.
Also in This Series