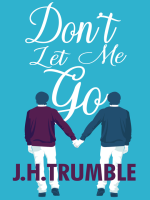 Description
A Lambda Literary Awards finalistALA Rainbow List (2013) Some people spend their whole lives looking for the right partner. Nate Schaper found his in high school. In the eight months since their cautious flirting became a real, heart-pounding, tell-the-parents relationship, Nate and Adam have been inseparable. Even when local kids take their homophobia to brutal levels, Nate is undaunted. He and Adam are rock solid. Two parts of a whole. Yin and yang. But when Adam graduates and takes an off-Broadway job in New York—at Nate's insistence—that certainty begins to flicker. Nate's friends can't keep his insecurities at bay, especially when he catches Skyped glimpses of Adam's shirtless roommate. Nate starts a blog to vent his frustrations and becomes the center of a school controversy, drawing ire and support in equal amounts. But it's the attention of a new boy who is looking for more than guidance that forces him to confront who and what he really wants. Tender, thoughtful, and unflinchingly real, Don't Let Me Go is a witty and beautifully written account of young love, long-distance relationships, and learning to follow your heart."Don't Let Me Go is a charming story. Trumble's love for the characters is evident on every page, and it's contagious." —Robin Reardon, author of A Secret Edge
Also in This Series