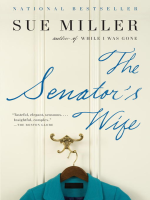 Description
Meri is newly married, pregnant, and standing on the cusp of her life as a wife and mother, recognizing with some terror the gap between reality and expectation. Delia—wife of the two-term liberal senator Tom Naughton—is Meri's new neighbor in the adjacent New England town house. Tom's chronic infidelity has been an open secret in Washington circles, but despite the complexity of their relationship, the bond between them remains strong. Soon Delia and Meri find themselves leading strangely parallel lives, as they both reckon with the contours and mysteries of marriage: one refined and abraded by years of complicated intimacy, the other barely begun. With precision and a rich vitality, Sue Miller—beloved and bestselling author of While I Was Gone—brings us a highly charged, superlative novel about marriage and forgiveness.
Also in This Series