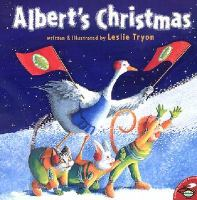 Being Urban examines the dynamic interplay between what theoretical perceptions tell us about urban life and how ordinary people interpret and respond to the actual experience of living in cities. A major focus of inquiry is the strategies people use to create community in an environment where, many theorists believe, only alienation and progressive disintegration are possible. In the second edition of this important work, the authors have expanded their commitment to interdisciplinary perspectives and have also included chapters on significant topics that have been largely neglected in urban sociology.

Part I provides a review of the themes of urban sociology developed by nineteenth-century classic theorists and early American social scientists. In Part II, the authors look at selected aspects of everyday city life, including the bases of community, the primacy of social interaction for an understanding of urban life, and conditions that produce the breakdown of urban tolerance for diversity of cultures and lifestyles. A new chapter in Part II studies women's experiences in cities. Part III explores institutional structures of urban life and broad patterns of cultural change, including a fascinating chapter on the distribution of power, stratification, and class structure in cities. Included in Part III is another new chapter, analyzing the role of sports in urban life. The final chapter discusses urban life in the postindustrial era, and the demographic, cultural, and historical factors that lie behind the ongoing transformation of American cities. This new edition offers a balanced treatment that avoids the anti-urban bias characteristic of much that has been written on the subject. Being Urban is appropriate for professionals and academics concerned with urban life, as well as for courses in urban sociology.

Note! Citation formats are based on standards as of July 2010. Citations contain only title, author, edition, publisher, and year published. Citations should be used as a guideline and should be double checked for accuracy.
Staff View
Grouped Work ID:
9f043afb-caa2-c845-0b3e-15b4e0936183
Go To GroupedWorkView in Staff Client