Get the latest on service at NPL locations, including updates on Edgehill, Old Hickory, and Thompson Lane Branch Libraries. 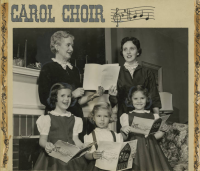 Note! Citation formats are based on standards as of July 2010. Citations contain only title, author, edition, publisher, and year published. Citations should be used as a guideline and should be double checked for accuracy.
Staff View
Loading Staff View.
Powered By Aspen Discovery supported by ByWater Solutions
v. 21.08.02
CONNECT WITH US
Loading, please wait
...