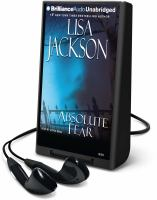 Description
For the past three months, Eve Renner has struggled to remember the night she was nearly killed and her lover was tried for murder. She remembers getting the anxious call from a friend from her past: a oeMeet me at the cabin. Ia (TM)ve got evidence.a She remembers seeing that friend lying in a pool of blood. And she remembers a horrifying glimpse of her lover Cole Dennisa (TM)s face as a gunshot plunged her into darkness. Now, her memory and emotions scarred, Eve has returned to New Orleans to forget the past. But the past will not be forgotten. Evea (TM)s shattered memory has helped Cole walk on murder charges just as a new series of killings begins. The latest murders are bizarre and baffling. The victims are killed in a ritual fashion, a series of numbers tattooed into their bodies. 212. 101. 111. 323. There is no clue to their meaning, no connection to the victims except one: Our Lady of Virtues Hospital, the crumbling old asylum that was once the scene of unspeakable madness. For Eve, it was a second home as a child. Her father was a doctor there, and she spent hours exploring its secret chambers, hidden rooms, and forbidden passageways. Somewhere in its decaying rooms lies the key to a terrible crime, a betrayal beyond imagining whose echoes are now being felt with a vengeance a" a crime that seems to lead to Eve herself. And the only man she can trust with the search is Cole, her former lover and, just possibly, a cold-blooded killer. As forgotten memories begin to surface, bodies are found and each twist leads to another terrifying piece of the puzzle. Someone is watching, planning, luring her back to the ruins of Our Lady and the shocking truths hidden there a"someone who has been waiting for this moment to strike. He is deadlier than she knows. For the sins of the past must be revealed, the crimes brought to justice, and the price paid a" in blood.
Also in This Series

General Note
Title from Playaway label.
General Note
Release date supplied by publisher.
General Note
"Playaway. Audiobooks. Pre-loaded and portable."--Container.
General Note
Previously released by Brilliance Audio, p2007.
General Note
In container (21 x 13 x 3 cm.) with AAA battery.
Participants/Performers
Read by Joyce Bean.
Description
Eve Renner can't remember the night she was almost killed, but she does remember the body of an old friend lying in a pool of blood, and the face of her lover, Cole Dennis. Now there are more murders, and the only connection between them is a crumbling old asylum that was once the scene of unspeakable madness. Eve's father was a doctor there, and Eve spent hours exploring its forbidden passageways. She must search the decaying rooms to find the key to a terrible crime, and the only one she can trust is Cole Dennis, her former lover and just possibly, a cold-blooded killer.
Similar Series From NoveList
Similar Titles From NoveList
Similar Authors From NoveList
Borrower Reviews
Editorial Reviews
Published Reviews
Reviews from GoodReads
Loading GoodReads Reviews.
Citations
APA Citation (style guide)

Note! Citation formats are based on standards as of July 2010. Citations contain only title, author, edition, publisher, and year published. Citations should be used as a guideline and should be double checked for accuracy.
Staff View
Grouped Work ID:
c2e8501b-e98e-f2ef-838c-5c141e38b7a2
Go To GroupedWorkView in Staff Client