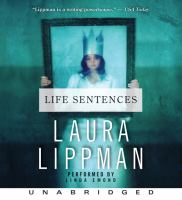 Author Cassandra Fellows has achieved remarkable success by baring her life on the page. But now, after a singularly unsuccessful stab at fiction, Cassandra believes she may have found the story that will enable her triumphant return to nonfiction.

When Cassandra was a girl, growing up in a racially diverse neighborhood in Baltimore, her best friends were all black. Another girl orbited their world-shy, quiet Calliope Jenkins-who, years later, would be accused of killing her infant son. Yet the boy's body was never found and Calliope's unrelenting silence on the subject forced a judge to jail her for contempt. For seven years, Calliope refused to speak and the court was finally forced to let her go. Cassandra believes this still unsolved real-life mystery could be her next bestseller.

But her homecoming and latest journey into the past will not be welcomed by everyone. And by delving too deeply into Calliope's dark secrets, Cassandra may inadvertently unearth a few of her own-forcing her to reexamine the memories she holds most precious ...and what really transpired on that terrible day.

Note! Citation formats are based on standards as of July 2010. Citations contain only title, author, edition, publisher, and year published. Citations should be used as a guideline and should be double checked for accuracy.
Staff View
Grouped Work ID:
24525639-0df9-57a4-4594-dce621978b5f
Go To GroupedWorkView in Staff Client