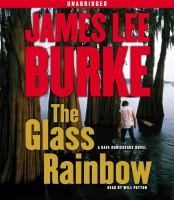 Description
James Lee Burkee(tm)s eagerly awaited new novel finds Detective Dave Robicheaux back in New Iberia, Louisiana, and embroiled in the most harrowing and dangerous case of his career. Seven young women in neighboring Jefferson Davis Parish have been brutally murdered. While the crimes have all the telltale signs of a serial killer, the death of Bernadette Latiolais, a high school honor student, doesne(tm)t fit: she is not the kind of hapless and marginalized victim psychopaths usually prey upon. Robicheaux and his best friend, Clete Purcel, confront Herman Stanga, a notorious pimp and crack dealer whom both men despise. When Stanga turns up dead shortly after a fierce beating by Purcel, in front of numerous witnesses, the case takes a nasty turn, and Cletee(tm)s career and life are hanging by threads over the abyss. Adding to Robicheauxe(tm)s troubles is the matter of his daughter, Alafair, on leave from Stanford Law to put the finishing touches on her novel. Her literary pursuit has led her into the arms of Kermit Abelard, celebrated novelist and scion of a once prominent Louisiana family whose fortunes are slowly sinking into the corruption of Louisianae(tm)s subculture. Abelarde(tm)s association with bestselling ex-convict author Robert Weingart, a man who uses and discards people like Kleenex, causes Robicheaux to fear that Alafair might be destroyed by the man she loves. As his daughter seems to drift away from him, he wonders if he has become a victim of his own paranoia. But as usual, Robicheauxe(tm)s instincts are proven correct and he finds himself dealing with a level of evil that is greater than any enemy he has confronted in the past. Set against the backdrop of an Edenic paradise threatened by pernicious forces, James Lee Burkee(tm)s The Glass Rainbow is already being hailed as perhaps the best novel in the Robicheaux series.
Also in This Series

Note! Citation formats are based on standards as of July 2010. Citations contain only title, author, edition, publisher, and year published. Citations should be used as a guideline and should be double checked for accuracy.
Staff View
Grouped Work ID:
b78733b6-8c18-623a-da59-11150659f224
Go To GroupedWorkView in Staff Client