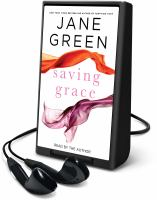 General Note
Title from container.
General Note
"HD."
General Note
"LIGHT."
General Note
Previously released by Macmillan Audio, ℗2014.
General Note
Release date supplied by publisher.
General Note
Issued on Playaway, a dedicated audio media player.
General Note
One set of earphones and one AAA battery required for listening.
Participants/Performers
Read by the author.
Description
Grace and Ted Chapman. Literary power couple. Ted is considered "the thinking man's John Grisham" and Grace, his wife of twenty years is beautiful, stylish, carefree. All of this is on the surface. Beneath, what no one sees, is Ted's rages. His mood swings. And the precarious house of cards that their lifestyle is built upon. When Ted's longtime assistant and mainstay leaves, the house of cards begins to crumble and Grace, with dark secrets in her past, is most vulnerable. To the rescue comes Beth, a new assistant. Someone who will help handle Ted. Someone who has the calm efficiency to weather the storms that threaten to engulf their household. Soon, though, it's clear to Grace that Beth might be too good to be true. And that this new interloper might be the biggest threat of all, one that could cost Grace her marriage, her reputation, and even her sanity.
Similar Series From NoveList
Similar Titles From NoveList
Similar Authors From NoveList
Borrower Reviews
Published Reviews
Reviews from GoodReads
Loading GoodReads Reviews.
Citations
APA Citation (style guide)